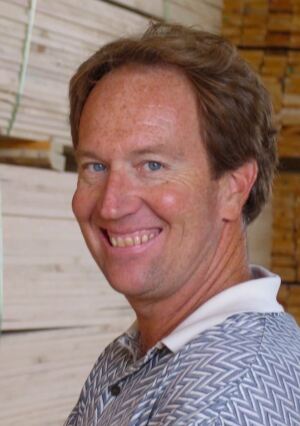 William  "Bill" Turlington, 60, passed away surrounded by his family on October 22, 2022, at his home in Clinton after a courageous battle with cancer. A celebration of his life will be held on Tuesday, October 25th at 2:00 PM at First United Methodist Church, 208 Sampson Street, Clinton NC.

Bill was born on the Fourth of July 1962 in Clinton. The son of Jean Calhoun Turlington and the late Thomas Eli Turlington, Bill served as President of FL Turlington Lumber Company, his 103-year-old family business, for 40 years. He dutifully handled all aspects of the business from sales to production, lumber drying, and lumber stacking. He was known to his business associates and employees as a straight shooter, a fair player, and one who was always willing to give others the benefit of the doubt.

He ran Turlington Lumber Co with his father, Thomas, and his brother, Tom. In addition to his daily efforts to keep the company profitable, he was instrumental in the purchase of the Keener Lumber Company sawmill after the 2009 housing crisis. He spearheaded many upgrades to the Clinton and Keener plants. His friendly, casual demeanor endeared him to his employees. He was often found operating and repairing machines or driving a forklift. He loved his company almost as much as he loved his people.

Bill was a standout athlete at Harrells Christian Academy where he was a vital part of the 1978 football state championship and the 1979 basketball state championship teams. He was a great ball carrier just like his father, Thomas, and a strong point guard. He knew how to win and have fun doing it. He could beat you in tennis, ping pong, poker—you name it, Bill Turlington could do it! He was an accomplished water skier and golfer from an early age. He loved Coharie Country Club where he won three consecutive club championships and was a past President of the Board of Directors.

Bill graduated from Wake Forest University in 1984 where he met his bride, Lisa, and forged friendships that spanned four decades. He was a member of Sigma Chi fraternity and led the chi bags to many intramural championships. He was a huge fan of Deacon sports and was especially enjoying the 2022 football season.

A lifelong member of First United Methodist Church in Clinton, he served as chairman of the Administrative Board and the Stewardship Committee. He was a past President of the Clinton 100 Committee and served on the Clinton-Sampson Chamber of Commerce Board of Directors, Southern Pine Inspection Bureau Board of Governors, and Sampson County Economic Development Board. He could also be seen in elf ears every year chairing the Clinton Christmas parade.

Bill loved his family and friends, playing golf, snow and water skiing, traveling, dancing, grilling, building fires, cheering on the Deacons, and spending time at White Lake. He was at one time an accomplished private pilot, attaining an instrument rating which facilitated many fun trips with Lisa and their friends.

Bill was a genuinely positive person who had an impact on everyone he met.  He made friends easily—everywhere he went—and he had many. Bill knew how to have a good time and wanted only the best for everyone. Bill was truly one of the good guys. If you knew Bill, you loved Bill.

In lieu of flowers, memorial contributions may be made to The Deacon Club or The Wake Forest Fund.

Royal-Hall is honored to serve the Turlington family.

To send flowers to the family or plant a tree in memory of William "Bill" Festus Turlington, please visit our floral store.