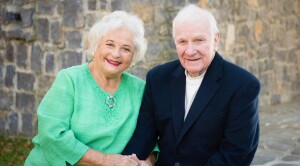 William (Bill) Harold Prestage, 87, of Clinton, NC passed away on Monday, October 10, 2022 at Sampson Regional Medical Center after a long and valiant fight with Covid pneumonia.

Born in Kalamazoo, MI, to the late Richard E. and Lorraine Prestage on June 15, 1935, Bill was a 1955 graduate of Lakeview High School, in Battle Creek, MI and attended Western Michigan University.

Bill is preceded in death by his two brothers, Duane J. (Bud) Prestage, and Richard (Dick) Prestage, and his two sisters, Joanne Lewis, and Julie Holtom.

With more than sixty years of unwavering dedication to agribusiness excellence, Bill Prestage began his journey in 1960 when he decided he wanted to try something new.  After working in his Dad’s beer wholesale business, Bill accepted an offer to sell Master Mix feeds for Central Soya.  With no agriculture experience, this ambitious visionary decided that he could sell anything.  Bill and his equally brave wife Marsha loaded up their three young sons and moved to South Carolina.

By 1966, Bill was the recipient of Central Soya’s coveted “Wildcat” sales award.  This award is still proudly displayed in his office and when asked what the award is for, he would quickly say, “Oh I won that selling feed because I was damn good at it!”

Bill soon transferred to North Carolina to service a larger sales territory.  This move ultimately changed the course of not only his life, but of an entire industry.  Upon moving, Bill met Otis Carroll, a chicken and hog producer, and they became great friends.  These two visionaries had big ideas to find new, better, and more efficient ways to produce meat and breathe life into a struggling local economy.  Two driven entrepreneurs partnered to build what would become Carroll’s Foods - and build they did!  Taking a cue from the budding chicken industry, these pioneers added turkey production to their upstart business and transformed pork and turkey production by moving animals indoors, utilizing the skills of hard-working local farmers through contract production, and centralizing the acquisition of supplies, feed ingredients, genetic breeding stock, veterinary services, transportation, management, and technical support – giving rise to what we now know as vertical integration.  Local farmers jumped at the opportunity for stable income and steady market flow, and the rest as they say, is history. Their business was a win-win - breathing significant life into southeastern North Carolina.  Today, countless family tables around the world are indebted to the willingness of these two visionaries to try something new.

After the passing of Otis Carroll in 1982, Bill Prestage sold his interest in the business to Mr. Carroll’s family, but he was not done.  In 1983, at the age of 48, Bill and his wife Marsha, along with sons Scott and John, started their own pork and turkey production business by purchasing a Swift grow-out operation located near Harrells, NC.  Prestage Farms was born, beginning operations with 22 employees and 18 contract growers.

Always happiest at work when he was buying or building something and extremely competitive, Bill Prestage built from these very humble beginnings what is today one of the largest family-owned and family-operated animal protein production companies in the US.  Expansion through the early 90’s brought Bill’s third son Ron into the business full time.  The Prestage Farms and Prestage Foods family of companies has five divisions across seven states with three processing plants collectively employing more than 2,300 people and contracting with over 450 farm families.  The “P-Team” produces 1.4 billion pounds of healthy, wholesome pork and turkey annually.  Currently, five of Bill Prestage’s grandchildren have joined the company and are taking the reins, learning from Bill and Marsha’s three dynamic and very capable sons.  The theme, “Come grow with us!” will continue to honor him.

Bill had a deep admiration and appreciation for the hard-working employees and growers that are weaved throughout the Prestage family of companies that was both genuine and heartfelt.  His people were his passion, and his people loved their great leader tremendously.  They would follow him off a cliff if he thought that was a good idea and knew when they heard his familiar whistle, it was time for action.  In his later years, one of his greatest regrets was that he could not get to know and remember the names of every single employee and grower – but he continued to try.

Bill had a frank, quick tongue that could charm a snake and soothe a lamb all at once.  If you wanted the truth, he would give it to you - sometimes with a little salt and vinegar, but always in love and with great wisdom and respect.

Bill’s wife Marsha, whom he affectionately called his “Marshie”, was his equal and partner in life and business.  His family was his greatest joy, and his most cherished days were spent with them on the water fishing, and at his Texas ranch riding horses and hunting quail.  His South River Quail Preserve in southern Sampson County and home of “Jake’s Lake” was his personal happy place where he spent many weekends with his dogs and best friends, Dr. Bob Caviness and Jimmy MacGill hunting quail, working dogs, and telling tales.

Bill Prestage’s own personal demise was due to him contracting Covid twice while attending funerals to honor a beloved family member and friend.  For Bill, it was always about others, not himself.

A celebration of Bill’s life will be held on Sunday, October 16, 2022 at 2:00 pm in Prestage Hall at the Sampson Agri-Expo Center, 414 Warsaw Road, Clinton, NC 28328.  Masks are encouraged for those at risk.  The family has chosen to forgo a reception for the health interest of family and friends.