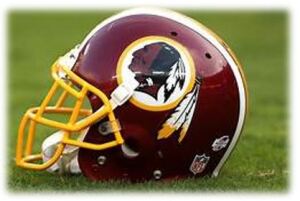 Mr. Wayne Dexter Carter, 74, of Fayetteville (formerly of Clinton) passed away at his home at sunrise on Sunday morning, September 5, 2021 surrounded by his loving family at home.

Born on October 30, 1946 in Sampson County, Wayne was the son of the late Albert Washington (A.W.) Carter and Dorothy Paige Andrews Carter. He was General Manager of Goodyear Tire and Rubber Company for nineteen years. He then opened Tire Country in Clinton and then decided to move to Fayetteville where he started Cape Fear Home Improvement and then American Home Solutions.  Wayne was a hard worker and natural born salesman.  Besides working, he loved to go to the beach and shag to beach music.  He enjoyed playing golf and was a regular at his “Tuesday night poker games”.  Football season was his favorite time of year and he was a loyal Washington Redskins fan.  He was a very generous man and would give you the shirt off his back. More than anything, he loved his family very much and will be greatly missed by all who had the pleasure of knowing him.

He leaves behind to cherish his memory, daughter, Lee Ann Carter Simpson of Pinehurst; and daughter, Vaughn “Michelle” Carter Williams of Salemburg.  He was blessed with three grandchildren: Mary Ashleigh Williams, Halee Simpson Parham and husband, Alex; and Joseph Williams, III. He also leaves behind his brother, Jay Kim Carter and was stepdad to Hunter Green and Jason Green for twenty years, who he always considered family.

In addition to his parents, he was preceded in death by his first wife, Gloria Smith Carter and second wife, Carolyn Spell Carter. He enjoyed both of their great cooking, as he always said “it was a way to a man’s heart”.

Visitation for family and friends will be held on Thursday, September 9th at Royal Hall Funeral Home from 1:45 pm to 2:45 pm. Funeral Service will begin at 3:00 pm in the chapel of the funeral home, with Rev. E.C. Mattocks officiating.  Burial will follow at Grandview Memorial Park.

Royal-Hall is honored to serve the Carter Family.

To send flowers to the family or plant a tree in memory of Wayne D. Carter, please visit our floral store.