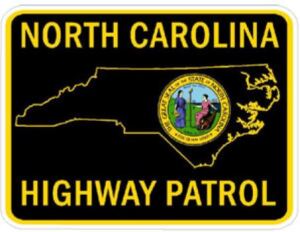 Mr. Walter Parks Upright, 86, passed away Tuesday, July 6, 2021 at Kitty Askins Hospice Center of Goldsboro, with his loving family by his side.

Funeral Services will be held at Ivanhoe Baptist Church on Saturday, July 10, 2021 at 2:00 pm with Rev. Johnny Yount, Rev. Lynn Bullock and Rev. Melvin Hall officiating. The family will receive friends following the service in the church fellowship hall.  A private family burial will be held at West Lawn Memorial Park in China Grove, NC.

Born on May 16, 1935 in Rowan County, Walter was the son of the late Parks Walter Upright and Marybell Morris Upright. After high school, Walter enlisted in the United States Army, serving from 1954 to 1957. His tour of duty took him into the later stages of the Korean War where he served as a Military Policeman. After leaving the military, having his experience as an MP, he joined the Maryland State Patrol in LaPlata.  In 1960, Walter took his oath of service with the North Carolina State Highway Patrol and was promoted to Line Sergeant in 1974, serving in Monroe, Hickory and Henderson, North Carolina.  In 1983, he was promoted to First Sergeant, serving in Elizabeth City, and finally to Clinton, retiring in 1987, after serving the citizens of North Carolina for twenty-seven years.  Walter was extremely proud to be a part of the NCHP and one would almost say he would bleed “black and silver”, as he would have you believe that the troopers serving today would also do. After retirement, golf became his passion, playing every day that he could, especially with his son and wife. He and his wife traveled all forty-eight states and Canada, playing golf at each destination. He was a great man, loving father, husband, brother, uncle and friend, and will be greatly missed by everyone who had the pleasure of knowing him.

Royal-Hall is honored to serve the Upright family.

To send flowers to the family or plant a tree in memory of Walter P. Upright, please visit our floral store.