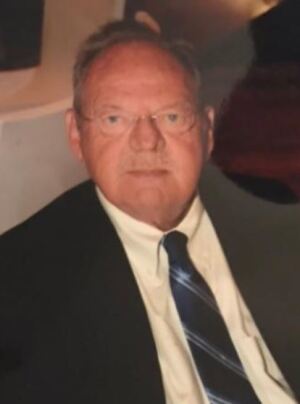 Ron was born on July 14, 1948 in Roseboro, NC, to the late Willard Jackson Blanchard and Crotia Bass Blanchard of Sampson County. Growing up in Salemburg, NC, Ron played football and basketball at Roseboro-Salemburg High School. He then attended Wake Forest University, majoring in English and participating in ROTC. After graduating, he joined the US Army as a second lieutenant. He then taught English at Southwood College before pursuing his law degree at North Carolina Central University School of Law. Ron practiced as a trial attorney in Hendersonville, NC, and quickly made a name for himself. His true genius and passion for the law were apparent each time he set foot in the courtroom. He was a member of the Henderson County Bar Association, the NC Bar Association, the NC Academy of Trial Lawyers, and the Association of Trial Lawyers of America. He established his own practice and eventually took on two law partners, Greg Newman and Jason Blackwell. Along with Boyd Massagee, Greg and Jason were among Ron's closest friends.

In addition to practicing law, Ron's other great loves were traveling, fishing, sailing, reading, gardening, and his beloved dog Snoodles. Ron lived life to the fullest with his adventurous and charismatic nature, and captivated audiences with his riveting storytelling. Although Italy was his favorite destination, the Ocean is where he felt most at peace. Consequently, he moved to Oak Island, NC, to enjoy his last few years near water and family.

Ron was truly "one of a kind" in all aspects of life, as his friends and family well know.  He will be greatly missed, and will forever remain in our hearts. A memorial service honoring his life will be announced and held at a later date. In lieu of flowers, memorial contributions may be made to the American Cancer Society or to one's favorite charity.

To send flowers to the family or plant a tree in memory of Ronald "Ron" Blanchard, please visit our floral store.