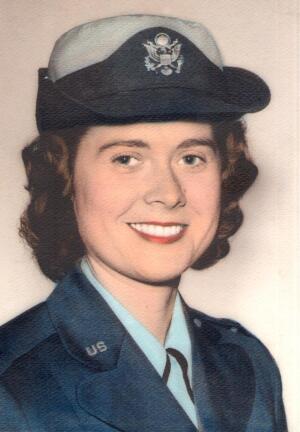 Ms. Anita Joan Green, 85, passed away on Tuesday, April 12, 2022, at her niece’s home in Waxhaw, with her twin sister, Juanita, and other loving family members by her side.

Funeral Services will be held Saturday, April 16, 2022 at 11:00 am at Immanuel Baptist Church with Rev. Tim Ameen officiating. Burial with military honors will follow in the Clinton Cemetery.

Anita Joan Green was born on May 19, 1936 in Cincinnati, Ohio to the late Steely Siler and Gracie May Hayes Green and was the only child, for approximately 30 minutes, before her identical twin, Juanita arrived. Anita Green, a woman of strong independence and excellent leadership skills with a shimmer of fashion. She had numerous life accomplishments for a woman during her time era. Anita was a woman who took her hardships and turned them into accomplishments. Her life was not easy sailing, but she made sure to thank God during those times, as her faith was most important to her.  Her greatest struggle in life was growing up in abject poverty and being dyslexic. Due to this hindrance, she, along with her twin, failed the first grade. In eighth grade, she and Juanita were voted best all- around students due to their constant church attendance, punctuality, and distinguished grades. In high school, Ms. Anita won the history award. (Her niece and nephew always wanted her on their trivial pursuit team during game night.) During her senior year of high school, she worked 50 hours a week as a nurse’s aide. Anita was persistent on being a nurse, while her twin wanted to be a teacher. Anita made the decision for them both to become nurses. In 1955, they entered National General Hospital in Nashville, Tennessee to complete the RN schooling. While in Nurse’s Training, they were both avid tennis players, defeating doctors and tag teaming as a double threat team. Anita was also the President of her Junior Nursing Class, and the President of the Student Nurses Association in Davidson County (Nashville, TN). In 1958, the twins graduated Nurse’s Training and began working. Not too long after Anita began work, she was quickly promoted to Supervisor. Anita had a tug at her heart to travel. In 1961, she joined the Air Force. She was finally able to exercise her love for travel, visiting the majority of the states and numerous countries overseas throughout her lifetime. Her favorite trip was to Jerusalem, where she was able to walk the “Walk Jesus Took” during his last hours on earth. After Anita left the Air Force, she entered school at Memorial Mission Hospital, in Asheville to complete her Nurse Practitioner degree. Around 1970, Anita had the honor of leading her department at Cynthiana Hospital, when it was uncommon for a woman, especially a Nurse Anesthetist and not a doctor, to be a department chair. She also was the first woman deacon at her church. Anita also worked at her local VA hospital where she fought for the rights and dignity of veterans.

Due to her early retirement in 1985, Anita moved to Sampson County, where she resided for the remainder of her life. In 1986, Ms. Green along with Juanita purchased 216 Sampson Street, and the property became known as, the “Shield House Inn”. This was the first bed and breakfast to be opened in Clinton. During her time as co-owner of the “Shield House,” she, and her twin, were Co- Presidents of the North Carolina Bed and Breakfast Association, and they won an entrepreneurial award. In 2004, Anita finally decided to retire permanently until Juanita opened rental property in 2010 causing her to come out of retirement. Anita loved her family tremendously along with her dog, Rusty. Ms. Anita Green will best be remembered for her trail blazing efforts to bring rights to women, veterans, and children she encountered over the years. She will be greatly missed by all who knew and loved her.

Royal-Hall is honored to serve the Green Family.

To send flowers to the family or plant a tree in memory of Ms. Anita Joan Green, please visit our floral store.