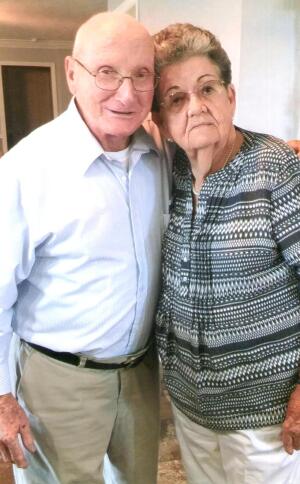 Born in Mt. Olive on June 19, 1932, Lenwood was the son of the late Ammie Richard and Ivey Louise Johnson Jackson, before relocating to Harrells as a young boy with his family. He served in the U. S. Army from 1953 until 1955 during the Korean Conflict. He married Marian Jeanette Horrell on April 8, 1955. Lenwood was a farmer specializing in strawberries, cucumbers, silver queen corn, and gourds and operated a family-run vegetable stand on 421. He was a “jack of all trades” and enjoyed carpentry work, especially known for his handcrafted picnic tables and birdhouses. After his retirement, he started cutting firewood and doing yard maintenance. In his free time, he loved to fish on the Black River and socializing. He attended The United Christian Fellowship Church of Wallace and will be remembered as a real character who never knew a stranger. Some of Lenwood’s last words were “he was ready to go Home.”

The family will receive friends at his home in Harrells.

In addition to his parents, Lenwood was preceded in death by his daughter, Rebecca “Becky” Cole, and several brothers and sisters.

In lieu of flowers, memorials may be made to United Christian Fellowship Church, 415 West Cliff St., Wallace, NC.

Royal-Hall is honored to serve the Jackson Family.

To send flowers to the family or plant a tree in memory of Lenwood Ray (Bubba) Jackson, please visit our floral store.