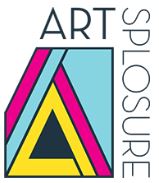 Jane Elizabeth was born and raised in Clinton, NC to Burl Jasper Williamson and Elma Lanier Williamson.  While serving as a counselor at Camp Sea Gull in the summer of 1953 she became engaged to Edward Winkler Teague and they were married the following December. She graduated from Meredith College in 1954 with a degree in Home Economics and was a member of the first class to graduate from the Cultural Resources Management Program at Meredith College in 1981. She traveled worldwide as a member of numerous art docent groups and accompanied her husband on many of his foreign trips.  Throughout her life she refined her knowledge of arts and arts management through continuing education and travel with visits to the Louvre, the Palaces of Venice, and exploration of the remnants of the ancient Greek, Mycenean, Etruscan and Roman cultures.  Ever mindful of the importance of her education in the arts to her success, Jane Elizabeth contributed to Meredith College by supporting the Digital Photography Laboratory and classroom, a commercial scale gas fired kiln for the ceramics department and the sculpture garden where students can place their finished works.

Jane Elizabeth left a mighty footprint on the arts community of Raleigh where she served for over 30 years in all aspects of fine arts ranging from Director of Artsplosure to Docent Emeritus of the North Carolina Museum of Art. Possibly her greatest impact on Raleigh was in her service as the first director of Artsplosure, where starting in 1981 using her drive and knowledge of the arts, developed the fledgling weekend show into the 17 day spectacular festival it has become today.  In this role she brought a new cultural awareness to the city with eclectic displays that varied from traditional to avant-garde.  As part of this she helped organize Pine Cone in 1985 with the mission to preserve and promote traditional American music and dance.  Following 6 years of service with Artsplosure, she became the first director of Wake Visual Arts Association (now the Visual Arts Exchange) and then served on its Board of Directors from 1994-1996.  Jane Elizabeth also served as a member of the Board of Directors for the Raleigh Fine Arts Society, as a Governor's Mansion docent and various roles, including the presidency, of the North Carolina Museum of Art docent board.  A great lover of music as well as visual arts, Jane Elizabeth also found time to help the North Carolina symphony, serving in many varied capacities.  In 2005 the City of Raleigh recognized her lifelong dedication to the City of Raleigh and fine arts by presenting her with the Raleigh Medal of Arts for the various programs she initiated, managed and energized through her love of the Arts.

Funeral services will be held on Monday July 13 via ZOOM from the Hayes Barton Baptist Church at 11:00 O’clock in Raleigh.  Burial will follow later in the year at the Clinton Cemetery in Clinton, NC where Jane Elizabeth chose her final resting place to join her husband Ed and her brother Burl Williamson in the Williamson family plot.

In lieu of flowers, remembrances may be made to Meredith College or Hayes-Barton Baptist Church.

Royal-Hall Funeral Home of Clinton is honored to serve the Teague family.

To send flowers to the family or plant a tree in memory of Jane Elizabeth (Williamson) Teaque, please visit our floral store.