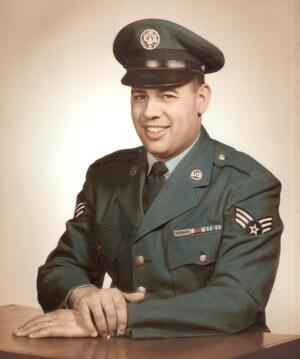 A Graveside Service with Military Honors will be held Thursday, July 23 at 11:30AM at Grandview Memorial Park with Dr. Christopher Webb officiating.

Born on July 28, 1939 in Sampson County, Russell was the son of the late John Duncan and Emma Jacobs Rains. He grew up in Sampson County and graduated from the East Carolina Indian School.  Having completed high school, he enlisted in the United States Air Force.   After a 26-year tour of duty, which included the Philippines, two tours in Vietnam, Izmir AFB in Turkey, Iceland, Demark, and various stateside assignments, he retired in May 1985.

After retirement, he attended Sampson Community College, where he received an Associate Degree in Industrial Maintenance.

In addition to his parents, Russell was preceded in death by his sister, Minnie Rains Brewington and his three brothers: John Rains, Jr., Harold Lee Rains and Rex Rains.

The family will receive friends at his home.

Royal-Hall is honored to serve the Raines family.

To send flowers to the family or plant a tree in memory of CMSgt Russell Houston (Retired Air Force) Raines, please visit our floral store.