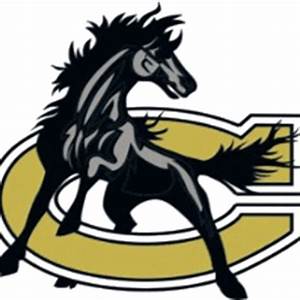 Surrounded by his loving family, Dale Patton Johnson, age 76, passed away peacefully at this home in Clinton, NC on Sunday, August 11.  Johnson was a well-respected attorney, steadfast champion of his alma mater, Clinton High School, and the City of Clinton’s counsel for years.

Johnson was born in Elizabethtown and moved to Clinton as an infant. He graduated from Clinton High School in 1961, where he served as Student Body President in his senior year. He received a BA degree from UNC-Chapel Hill in 1965 and a JD degree from the same institution in 1968. He spent his career practicing law in Clinton from 1968 until his retirement in 2014. He also served as an Adjunct Professor of Law at Campbell University, legal counsel for the city of Clinton, legal counsel for Sampson County, and attorney for Sampson Memorial Hospital. Johnson was the first appointed state-wide special prosecutor for the state of North Carolina.  In addition, he sat on several committees at the state level dealing with legal matters.

Johnson was a member of First United Methodist Church, where he served on the Administrative Board, taught Sunday School, and led youth activities. His unconditional love of God was visible throughout his life as he, selflessly and passionately, served his family, friends, and community. He was selected as the 2008 Chamber of Commerce Business Person of the Year and named to the Outstanding Lawyers of America listing. Although he received many professional honors and accolades, his primary passion was directed toward the education and provision of opportunities for students in Clinton City Schools.

Johnson was well-known for his love of everything Dark Horses.   He was a member of the Clinton High School Athletic Boosters Club, a member of the Fieldhouse Building Committee, and served twice as president of both the Sampson County Sports Club and the Sampson County Sports Hall of Fame, into which he was inducted in 2014. In 1984 he chaired the Dark Horse Stadium Building committee and raised $135,000 for the stadium now on the CHS campus. He also chaired the March to a Million effort in 2006, which raised 2.4 million dollars in four months to fund an extra gymnasium, an auditorium, and extra classrooms for CHS as the school was being constructed. For his many efforts, he received the first-ever Pivotal Dark Horse Award in 2017, an accolade meant to honor those who make a tremendous impact on the school system and its students. At the same event, Mayor Lew Starling presented Johnson with a key to the city of Clinton for his "lifelong devotion to the city of Clinton."

According to Johnson, "My main joy and thrill in athletics has been working with young people on a personal level. I have tried to be a role model for them and have enjoyed my association with them. I have maintained contact with many of them throughout the years, and I consider them to now be role models for others. I hope I played some small part in that."

Enough cannot be said about how much Dale Johnson loved his family. He is survived by his wife of 47 years Dianne Butler Johnson, the love of his life, daughter Amy Dianne Johnson and her fiancé Christopher Steven Temple, son Chadwick Dale Johnson and wife Jessica Boone Johnson, two granddaughters AnnaDale Baggett Johnson and Charlotte Olivia Johnson, sister Patty Johnson Perkins and husband David Barrett Perkins, brother Edwin Lynn Johnson and wife Ines Johnson, and several nieces and nephews. He was preceded in death by his parents Patty and Edwin Johnson.

The family welcomes friends to attend a celebration of Johnson's life to be held in the Clinton High School  atrium on Thursday, August 15, at any time between 5:30 and 7:30. The funeral service will be held at First United Methodist Church in Clinton at 3:00 on Friday, August 16.

In lieu of flowers, memorial gifts may be sent to Clinton High School Athletic Booster Club at P.O. Box 641, Clinton, NC 28329. A college scholarship for a CHS student will be set up in memory of Johnson.